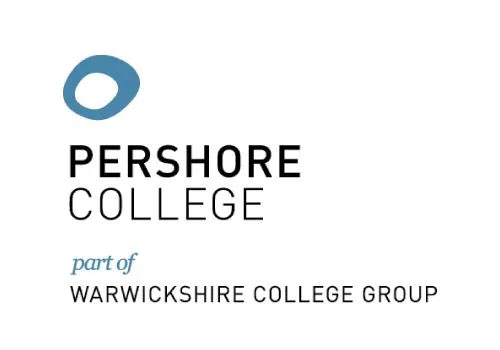 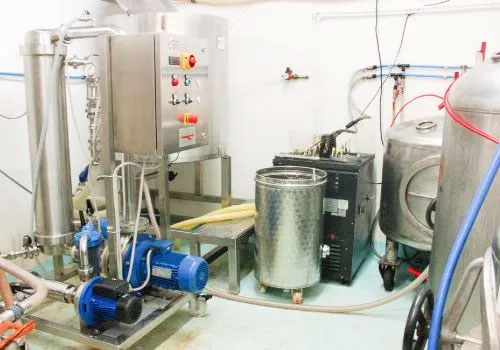 'I work for a public institution. I have to have the back up and parts from suppliers to know that I am not buying a white elephant. Value for money isn’t buying something cheaper – but is having backup.' 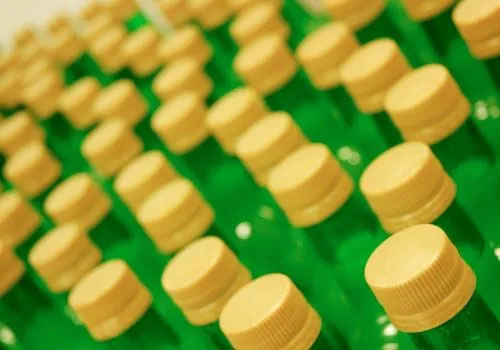 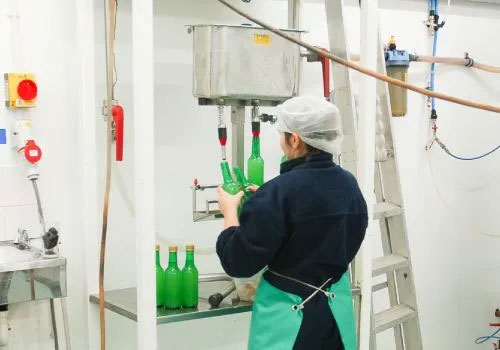 Pershore College is part of the Warwickshire College Group and specialises in land-based learning. The college is now is now one of the leading providers of professional development courses to the apple juice and cider industry, all taught by Richard Toft, Development Manager for the college's Juicing Enterprise.

Under its ‘Avonbank’ brand, the college sells 25-30 tonnes of the fruit grown on-site to supermarkets and greengrocers each year. To bring value to the (sound & organic) ‘grade-out’ apples grown, the college began producing apple juice in 1993 with equipment supplied by us. The college offers fruit farms in a the area a contract bottling service for cider, wine, cordials, and carbonated soft drinks. 40,000 bottles of the college's 'Avonbank' juice, cider and perry are sold per year. Their Concorde Pear Juice and Organic Medium Cider juice was awarded 3 star Gold at the Great Taste Awards.

Cross flow was the chosen method of clarifying cider in Pershore’s juicing enterprise. As opposed to plate filtration or earth filtration, Richard regards cross flow as the only economically viable method as day to day filtration consumables are eliminated, and if looked after, the filter cartridge of cross flow filter should last many seasons.

The manufacturer of the 15 year old single unit cross flow filter the juicing enterprise were using was bought up by another group who no longer supported the filter. With a new filtration element required, Richard had no option but to source another filter. He did some investigation and could only find industrial scale cross flow filters which were outside of his budget and with throughputs far in excess of his requirements. Richard challenged Vigo to find a solution.

Vigo supplied Pershore College with a Bared B1 Cross Flow Filter, with a flow rate of 700 litres per hour, which included a feeding pump to draw the product from a storage tank, a circulation pump to circulate the product through the filtering module and a back wash system.

With the old single unit cross flow filter, Richard could filter 1000 litres per day. He would start it up at 8am and turn it off at midnight. With the Bared filter, Richard filters the same quantity within one hour. Product loss is low - between 3 and 4% - which he said is much lower than loss levels you would get from an earth filter, plate filter, or bigger unit. He reports that the filter is simple to use and the supervision required is totally dependent on the capacity of the product tanks being used. He is able to filter between 2,000 and 3,000 litres of product before he operates the back-wash system on the filter.

‘I have been working with Vigo in excess of 20 years and have faith that they give good customer service. They are value for money, which keeps me going back to them. I still have the original apple press that they supplied me 22 years ago and Vigo can still supply every part we need – that is value for money.

Vigo found me a cross flow filter so that the juicing enterprise could stay in business. If they hadn’t have found me one, the whole business would have folded. Our current facility was originally funded as a business support unit for the local Cider (and apple juice) industry. Our major USP is to provide quality bottling services (filtration and carbonation) to customers wanting smaller bottling runs - this could be NPD for larger businesses, through to smaller customers only wanting a few hundred/thousand litres doing one batch. Cross flow is integral to the services we provide. We provide a unique and vital service to the industry within the three counties.

I work for a public institution. I have to have the back up and parts from suppliers to know that I am not buying a white elephant. Value for money isn’t buying something cheaper – but is having backup.’