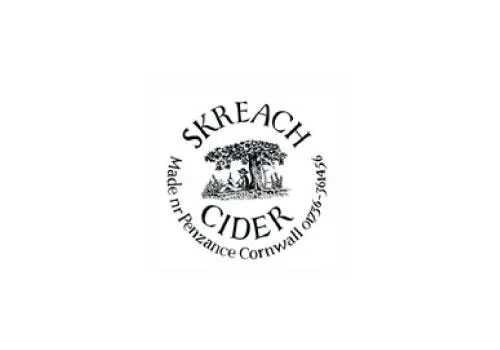 'I chose you because you were recommended by a couple of other people who have used you before. You’re known for being a quality service outlet. I have to say, I’ve always had brilliant service from you.'

Skreach Cider is run by David Clark, whose aim is to produce quality still cider on a deliberately small scale. David's pressing aims were ...

Skreach Cider, near Penzance, is run by David Clark, whose aim is to produce quality still cider on a deliberately small scale. Sold through highly regarded local gastro-pubs, Skreach cider is made using a blend of varieties, including Dabinett and an old Cornish sharp variety called Lord of the Isles.

David originally pressed using a second-hand hydraulic press manufactured in France in 1958, which required quite a few people to operate it (ear defenders were required apparently because it was so loud!). He needed a pressing system which could provide reliability and excellent yields, and reduce the dependence on labour.

Vigo supplied a Speidel Centrifugal Mill, and a Voran 100P2 Twin Bed Hydraulic Press which presses up to 600kg of pulp her hour, exerting 24.7 tonnes of pressure. This mill and press combination can be run by one operator and provides a juice yield of up 75% depending on fruit quality and variety.

'I chose you because you were recommended by a couple of other people who have used you before. You’re known for being a quality service outlet. I have to say, I’ve always had brilliant service from you.

I was a brewer when I started making cider, so cider making was new to me and I needed some advice. The mill and press fitted my budget and was recommended by you as the most suitable for my needs.

I’m very satisfied with the press and mill and the service you give.

When I first saw the Speidel mill, I didn’t believe it would do what it did. It looked just like a garden shredder, but when I put my first bucket of apples through I was really impressed with how super-fast it is. When I saw the blades I realised why!

The press has always been completely reliable and proficient and really works. It only requires minimal maintenance and adjustment and it’s easy to keep running.

The size of it all is small so I can tuck it on a pallet crate and put it in the corner when I’m not using it. It’s convenient that I can take the sliding bed off the press and stack it against the wall when not in use. It’s fairly compact, so I don’t have to have ridiculous storage for loads of big equipment.

The equipment has really improved our efficiency and we can process much more quickly now. We process about 3 tonnes a day now which gives us about 1,500 litres.'