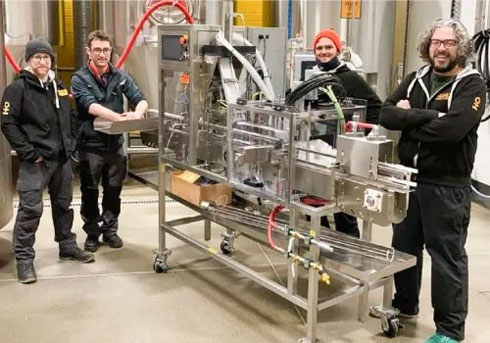 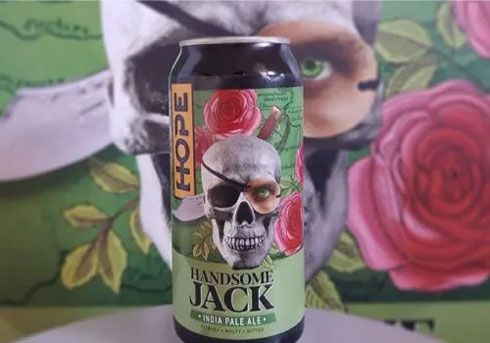 'Vigo were very easy to deal with and delivered on time and within the budgeted cost we had agreed.' 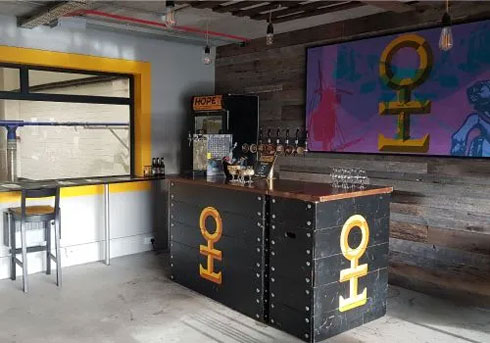 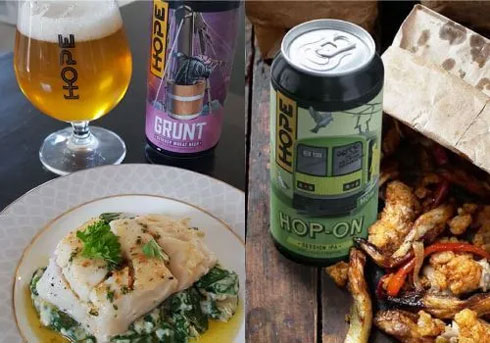 Hope Beer of Dublin craft each of their distinct beers to be a perfect accompaniment to food. The canning of their beers was originally outsourced. Their production aims were ...

We supplied a CraftCan35 to enable Hope Beer to can in-house.

The story of Hope Beer is inspiring, even from its modest beginning. Four friends with diverse career paths, who shared a passion for beer and business, whose kitchen table discussions into the small hours progressed to the formation of Hope Beer in 2015. Hope Beer has since gone from strength to strength and all beers are brewed, bottled, kegged, and now also canned at their brewery in Dublin.

With a portfolio which includes a core range of five distinct beer styles, seasonals, and limited editions, their sales are now close to €1 million. They have won several awards, including enterprise awards and an Alltech International Craft Brewery award, and they export to Italy, Russia, the Netherlands, and France.

The best stories lead to discoveries and Hope's core beers are crafted to do just that. Each beer has its own distinct name, story and taste experience. A perfect example is 'Handsome Jack', a 'balanced and intense' IPA named after a good looking and unstoppable 17th century pirate called Jack Criss who 'plundered his way through Spain and Italy'. Further discoveries are encouraged as each beer is crafted to be the perfect accompaniment to food. Hope's tasting notes recommend that it is paired with 'roast meat, Indian dishes, strong and salty cheese and carrot cake'.

When the pandemic began, most businesses and business owners were plunged into a period of suspended operations and uncertainty, and the brewery was no exception. Co-founder and Managing Director Wim de Longh explains:

'We were massively relieved when we ended up being busy for most of 2020 as at the start of pandemic things were looking bad.'

Responsiveness and flexibility were key to counter the challenges. As a result of the closure of the hospitality trade, demand was heavily tied to packaging formats - in particular, the small-pack format. Wim continues:

'Last year saw a fundamental shift in how people were consuming our beer and we had to adopt quickly. Prior to the pandemic up to 40 per cent of our output was kegged for the on-trade, 40 per cent was canned and the remaining 20 per cent was bottled, but with the closure of the hospitality sector canned beer now makes up 95 per cent of our packaged beer.'

Hope originally used a contract canning service to can their beer, but in order to meet production deadlines they needed to bring their canning in-house. They decided to seize the opportunity and invest in a new canning line which would give them greater control.

Wim was already familiar with ABE equipment because it was the equipment of choice used by the contract canners. Wim approached us to discuss the ABE range and the model which would be the best match for their production requirements. The CraftCan35 was decided on for its hourly capacity and futureproofing capabilities.

We asked Wim the following questions ...

What were the main reasons behind your decision to bring your canning in-house?

'We have an excellent contract canning service from Bevcraft here in Ireland and that was perfect when can sales were modest. As can sales grew we needed more flexibility. With our can sales increasing the investment in the canning line was easily justified against the reduced cost per can.'

What made you decide on ABE equipment for your canning line?

'Our contract canners used ABE equipment and we were impressed with the equipment. We had also learned how to work the machine so that made for a short learning curve when we got the machine.'

How do you feel about the service Vigo have provided?

'VIGO were very easy to deal with a delivered on time and within the budgeted cost we had agreed.'

How much of a challenge was it for you to go ahead with a major investment in the midst of the pandemic?

'We were fortunate to be able to avail of government guaranteed loan schemes and support from our local enterprise office, Fingal LEO, to help us fund the investment.'

When you create a new beer to add to your portfolio, what is the initial inspiration - taste/style or the story behind its name?

'We use our limited edition beers and seasonals to test the demand for a core range beer. We have used local historians, tails from Howth Harbour and historic news features to develop our stories and imagery.'

What's the most perfect but surprising (or even crazy!) food pairing you've come across with a Hope beer and how did you stumble across it?

'Our Grunt beer is fantastic with Oysters! Even better than Guinness dare I say 😊'