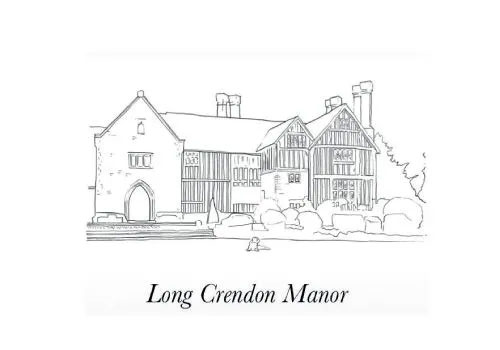 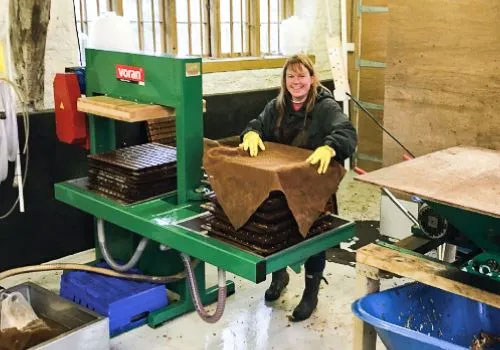 'I chose Vigo because they are a small British company dedicated to our industry ... Voran presses were previously recommended to me by other cider producers ... It [the press] has completely revolutionised us and taken us in to the realms of a serious volume producer.' 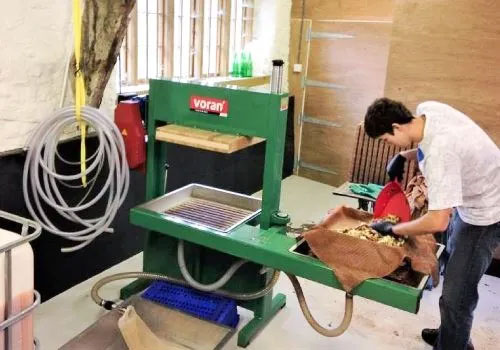 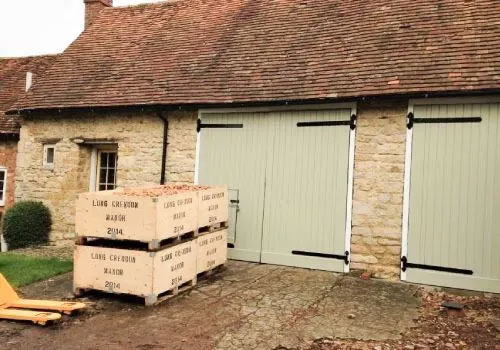 Named after previous Lords of the manor at Long Crendon, (Sir Walter Giffard being one), Long Crendon ciders are available in a number of local pubs and at their Bakery & Farm Shop. Tom & Sue's pressing aims were ...

Tim and Sue Soar have been making cider for many years at their working estate at Long Crendon Manor. Apples from the manor were originally pressed in the butler’s pantry and their cider was occasionally available on tap at the local pub. The interest their cider generated, particularly from neighbouring XT Brewing Co, prompted their move into commercial cider production. A barn at the Manor was converted into a dedicated cider production facility. Long Crendon Cider is a dry still cider made from bitter-sweet English Dabbinnett cider apples grown in Herefordshire, local apples and apples from the estate. Named after previous Lords of the manor at Long Crendon, (Sir Walter Giffard being one), their ciders are available in a number of local pubs on draught and bottles are sold at their Bakery & Farm Shop at Long Crendon Manor Stables.

Pressing was previously carried out using an old hand operated 'scratter' (apple mill) and butterfly press. An efficient system was required to enable them to produce up to 7000 litres per season and provide optimal extraction.

Vigo supplied a Voran 100PS Swivel Bed Hydraulic Press, which exerts 24.7 tonnes of pressure, and presses up to 600kg of pulp per hour. Tim and Sue use this alongside an electric apple mill which Tim's father acquired many years ago. See their time lapse video of the press in action here.

'I chose Vigo because they are a small British company dedicated to our industry. They are also very easy to deal with. They have a complete line up of capital equipment and consumables available online for online ordering, and they provide rapid delivery.

Voran presses were previously recommended to me by other cider producers. They are renowned for their simplicity and robustness and Vigo give full sales and after-sales support.

The press has revolutionised our cider production. The swivel bed is ideal for us in terms of juicing in parallel with unloading/reloading. The pressures give us an outstanding juice percentage. It has completely revolutionised us and taken us in to the realms of a serious volume producer.'