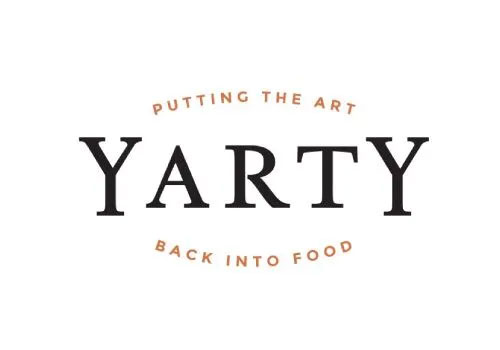 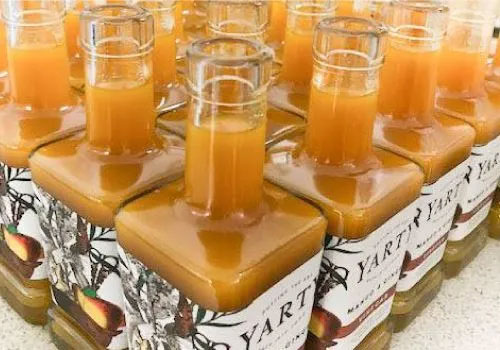 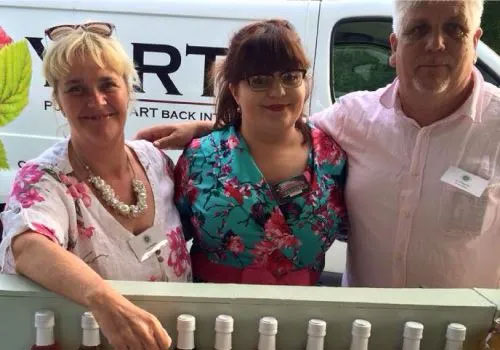 'My late Uncle Prof Basil Jarvis recommended Vigo to us, where we met Alex [Vigo's founder], the rest is History. We now export to Germany and Sweden with more countries on the horizon. In the UK we supply groups on tour, back stage Glastonbury, The Pig Group, and Heston at Bray...' 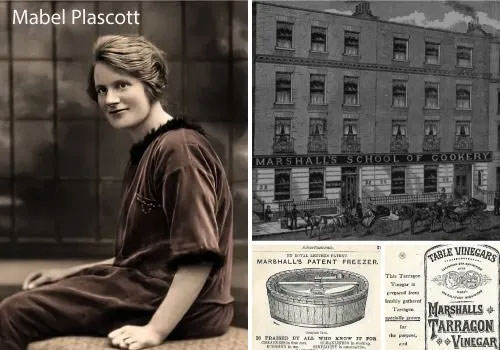 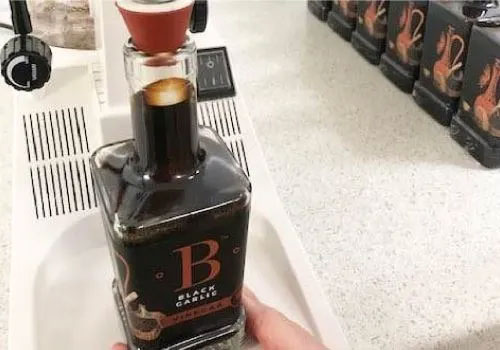 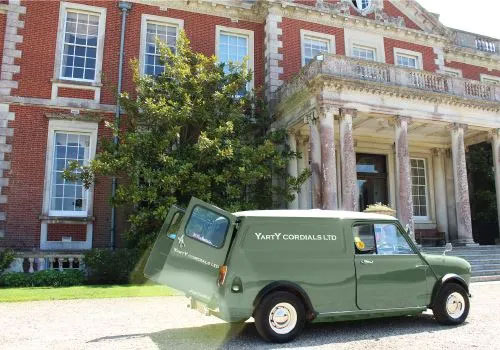 Yarty is an award-winning artisan producer of fruit cordials and vinegar, based in Hampshire. The production objectives were focused on the packaging process and juice extraction ...

Yarty's success is rooted in family heritage and a passion for creating hand-crafted products out of seasonal produce. Yarty was set up by Jayne and David Mugridge in 2008. Formerly a nurse working in operating theatres, Jayne had to change her career path following a life-changing diagnosis. David was a project manager, who ran many construction sites, from McDonalds to hotels.

Having made cordials since childhood using her Grandmother Mabel's recipes, Jayne and David worked together to turn their expertise into a cottage industry - Yarty Cordials.

Mabel Plascott, Jayne's Grandmother, was an entrepreneur of her time and in 1914 trained at the Marshall's School of Cookery. The school was founded by the "Queen of Ices", Agnes Marshall, a pioneering Victorian cookery writer famed for her work on ice cream and for designing and patenting the Marshalls Patent Freezer. Mabel went on to become a successful freelance cook, organising parties for in the New Forest for her titled friends/clients, some of which were attended by, and a firm favourite of, King George V.

Cordials were made by Mabel to preserve fruit and she also added them to her cooking to complement flavours.

Yarty's portfolio includes traditional family recipes and new creations. Their cordials continue to receive high acclaim, with Raymond Blanc OBE referring to their 'exquisite taste and aromas'. Jayne is highly regarded for her winning and instinctive flavour combinations, including lime and chilli, lime and mint, and gooseberry and elderberry. It is little surprise that these combinations are now emulated by other drink manufacturers. Jayne has demonstrated on TV programs, such as James Martin's Home Comforts, and at numerous shows - she also judges at food events. Jayne and David regularly use their cordials and vineyards in cooking, just as Jayne's grandmother did, and they shares the recipes on the Yarty website.

We were very pleased to be involved in Yarty's development from its small beginnings. Yarty cordials are handmade and their production rates are impressive at up to 500 bottles per day. We worked with David and Jayne to help them meet growing demand by reducing some of the labour intensive/challenging aspects of the packaging and berry pressing processes. We supplied them with the pieces of equipment listed below and supply numerous packaging sundries.

We asked David the following questions ...

Where does the inspiration come from for Yarty and your cordial/vinegar flavour combinations?

'We are called Yarty as we started in the Yarty Valley some 14 years ago, before moving back to Hampshire due to family commitments, and travel times to London.'

How important is the concept of handmade to the Yarty brand?

'We believe in a True Artisan product that is Hand Crafted. The only machinery involved is that supplied from Vigo.'

If Grandmother Mabel was with you today and you invited her for a meal, what would you cook for her and give her to drink and why?

'If I could have a meal with Mabel, it would be a chicken stir fry, using our "B" Black Garlic Vinegar, washed down with a Sparkling English wine with a splash of our Raspberry vinegar (Shrub).'

Tell us more about the Yarty mini van ...

'Val is our Min Van. She was born in 1969 and is called Val due to her number plate. She is not your usual van, she was created to race in the Monti Carlo Rally. Bruce McLaren and John Cooper worked on her and she was known as RV1. She is seen at Goodwood and other circuits most weekends. During weekdays she is used to deliver to some of our exclusive customers.'

What do you think of Vigo?

'My late Uncle Prof Basil Jarvis recommended Vigo to us, where we met Alex [Vigo's founder], the rest is History. We now export to Germany and Sweden with more countries on the horizon. In the UK we supply groups on tour, back stage Glastonbury, The Pig Group, and Heston at Bray, to name a few.'

How has the equipment we have supplied you helped you?

'We have 3 Enolmatic vacuum fillers, one for the "B" one for the Fruit Vinegars and the other for the Cordials. Jayne has MS and all the gubbins help.'